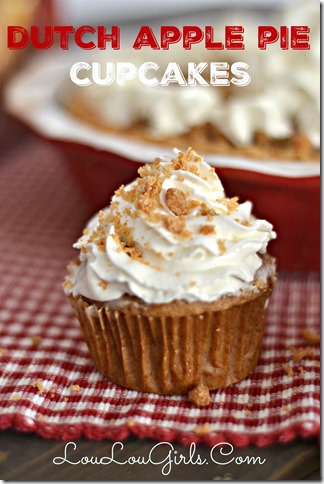 Ah! It’s in November! I love the Fall! It smells so crisp and delicious outside and it makes me want to fill my house with the smell of cinnamon and warm apples. So that’s exactly what we decided to do this weekend. What better way to bring in the comforting smell of apples and cinnamon than to make these delicious cupcakes!? I thought it would be fun to do a little ‘pie-cycling’ for our recipe. 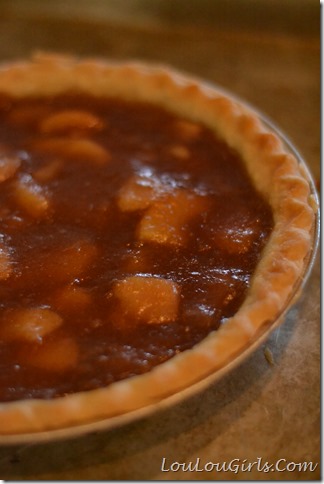 I popped the pie into the oven, according to the directions on the back, but I left the streusel off so I could sprinkle it on top of the cupcake later. So I baked the streusel separately until it was golden brown, on a cookie sheet. 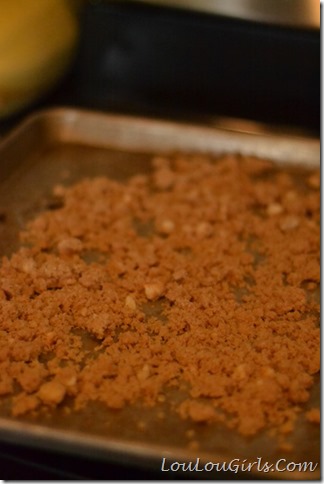 While the pie was baking, I made some Spice cupcakes. I just used a boxed Spice Cake mix and cooked according to package directions. When the cupcakes and the pie were done. I used my medicine cup to carve a hole out of the top of each cupcake. 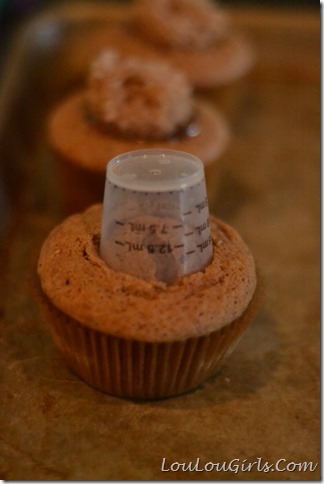 I pulled the top off of each one and set them aside. 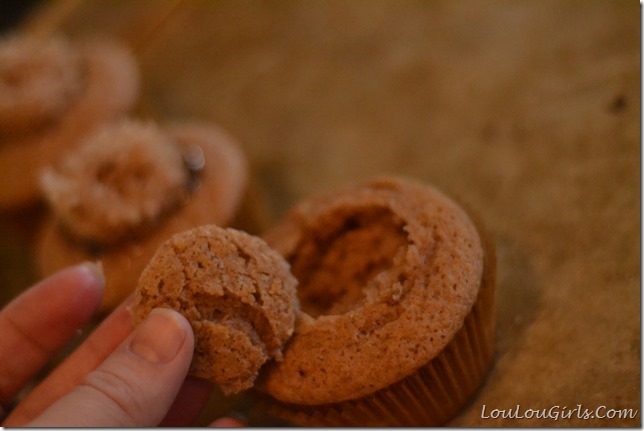 Then I scooped the filling out of the apple pie and filled each cupcake with as much apple goodness that I could. 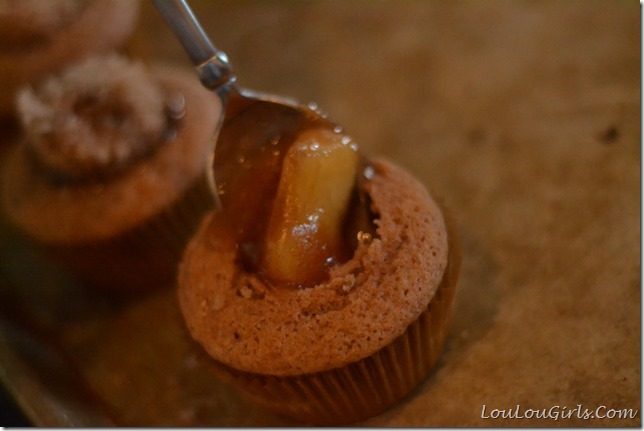 Then I topped each cupcake with the leftover piece of cake, so I would have a solid base for my Reddi-wip® topping. 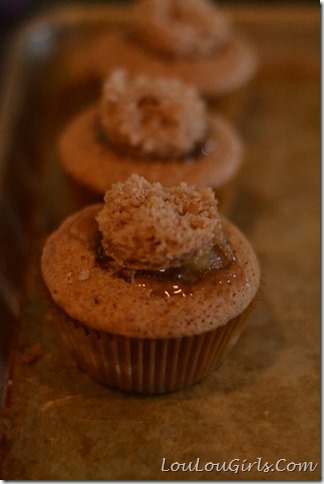 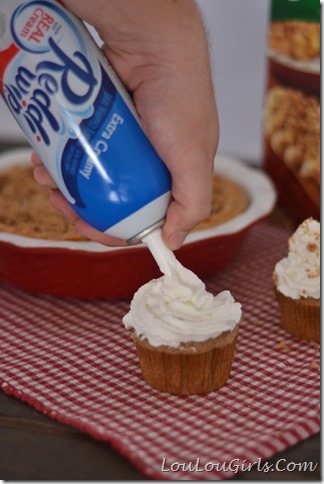 I used the baked streusel to garnish the top of the cupcakes! Super yummy apple-filled Dutch Apple Pie Cupcakes! Voila! 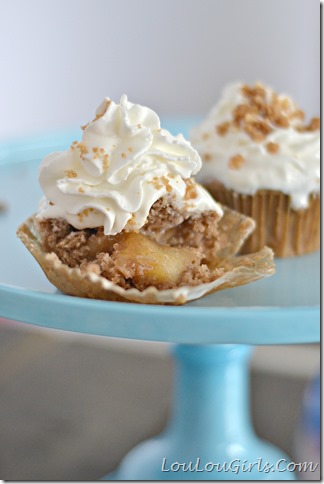 Now that I had all these delicious cupcakes on my hands, I wanted to share them. Because, besides the crisp Fall air, nothing helps me get into a Thanksgiving mood more than serving others. It warms you up from the inside out! I also want my children to learn the best way to be happy is by sharing and serving others. 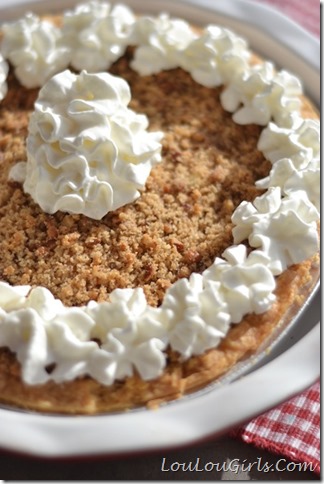 Here’s what you need for your pie plate… 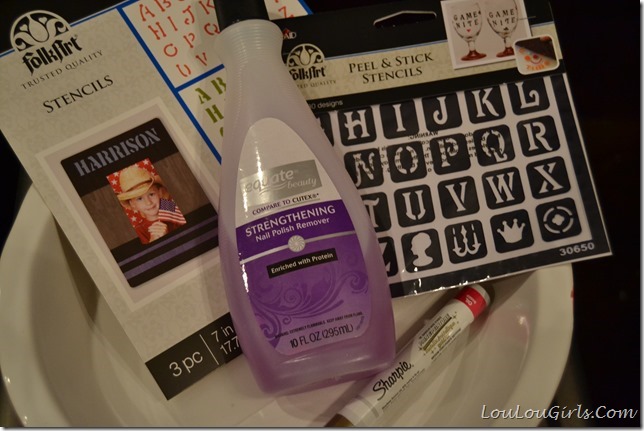 First wipe your pie plate down with rubbing alcohol to get rid of any debris or oils. 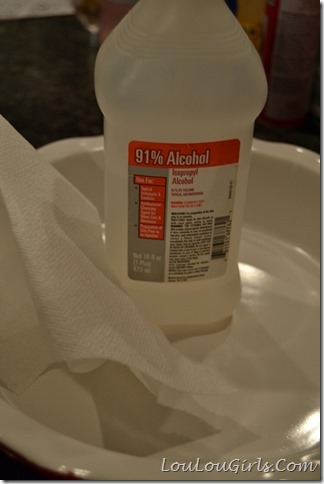 I used sticker stencils and wrote out #ShareTheJoyOfPie and Make a Pie, Pass it on! I’m hoping my neighbors will enjoy their pie and cupcakes and then make another to pass on to someone else. Wouldn’t that be cool if your whole neighborhood had received a pie or treat in this cute dish? Or if you got it back from someone one day? 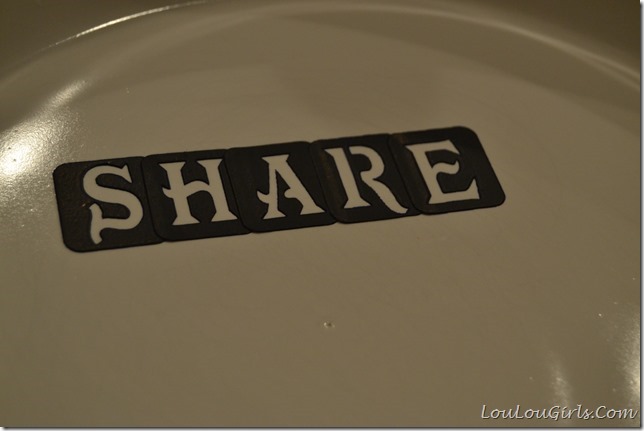 Then I used my oil-based sharpie to fill in each stencil. Be careful to make sure that each sticker is pushed down so the sharpie doesn’t bleed underneath, but if it does, you can fix your mistakes with fingernail polish remover and a Q-Tip. 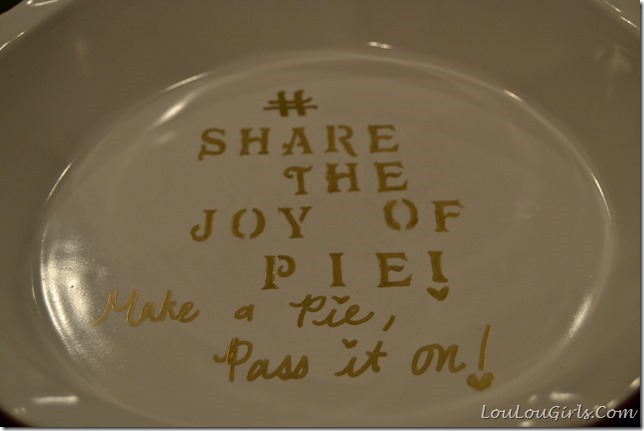 Once you’re done. Put your pie plate on top of a cookie sheet and in your oven. Then set your oven to 450 degrees and let the pie plate and oven heat up together. After it reaches 450 degrees, bake for 30 minutes, turn off the oven and let them cool down together. 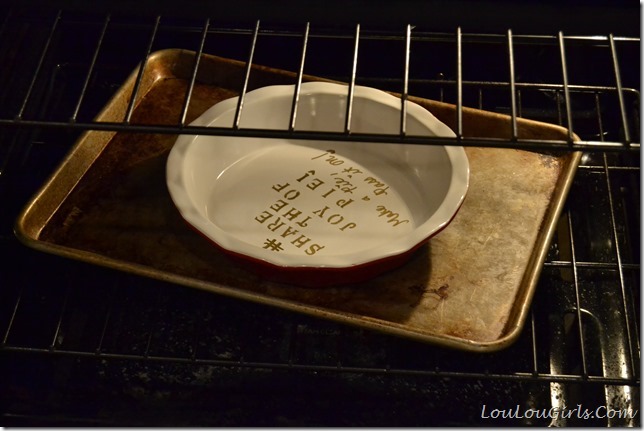 Once it cools, you’ll have a cute pie plate that you can pass on to someone and #ShareTheJoyOfPie! 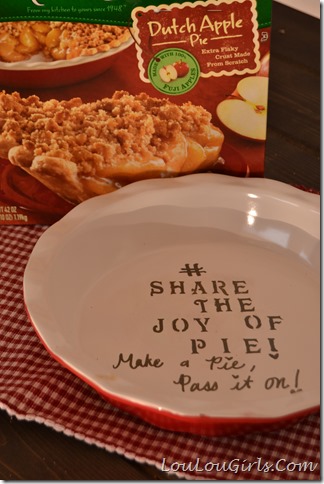