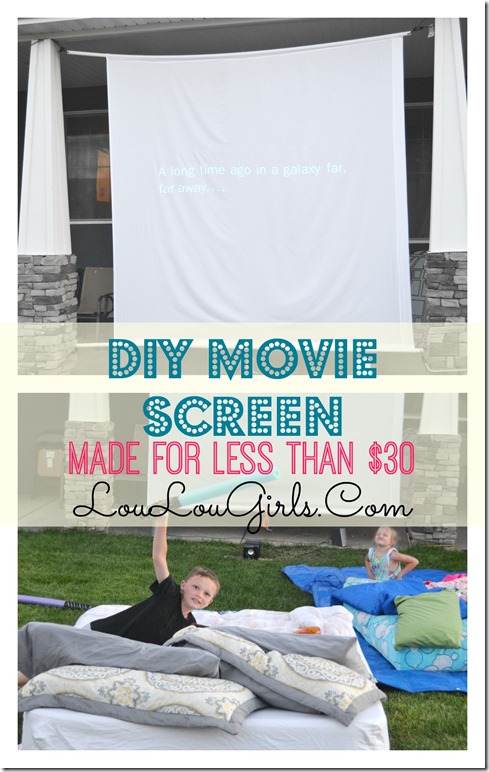 We LOVE Summer, and there’s nothing better than watching a movie under the stars! We’ve had a projector for a long time now, and have spent a ton of time outside watching movies on the side of our townhome.

It was white, so we never needed a screen. When we moved last year, we needed a cheap solution to keep up the movie watching tradition outside. This project was super easy and cost less than $30.

Here’s what you’ll need… PVC pipe 1 King Sized Sheet A sewing machine Bungee cords Start by sewing a pocket on the sheet on both sides so that the PVC pipe will slide inside it. 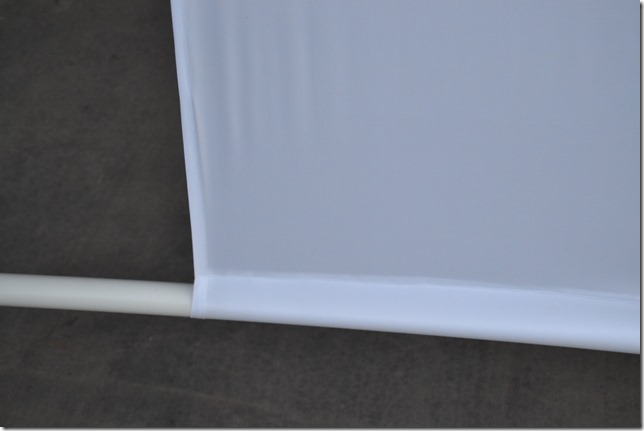 Then slide the sheet over the PVC pipe. We measured ours to be 10 feet long because that was the distance between our pillars in the back.

If you don’t have pillars you could easily build a stand with more PVC pipe connected with elbows. Each piece of PVC was only $3, so your cost wouldn’t be too much more.

Then we screwed the sheet onto the PVC pipe so that it wouldn’t slide. 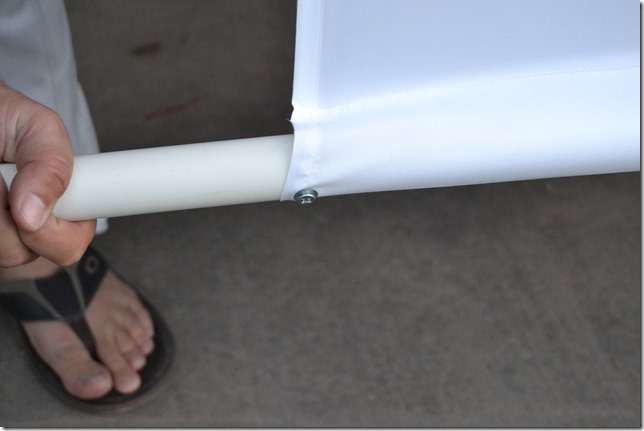 We also drilled 2 holes into the PVC on each end, so that we could attach the bungee to the PVC. 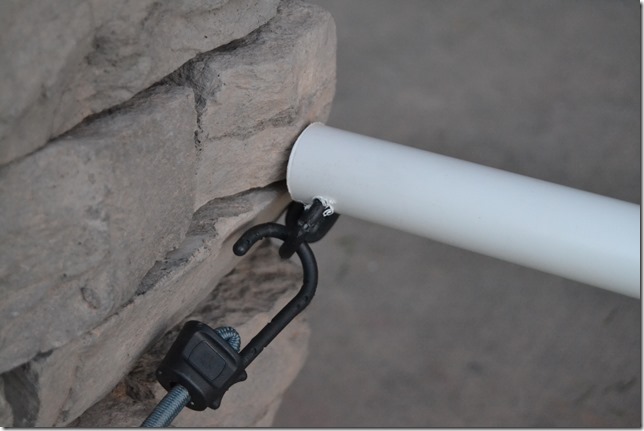 Then we wrapped the bungees around the pillars and hooked it into the pre-drilled holes. 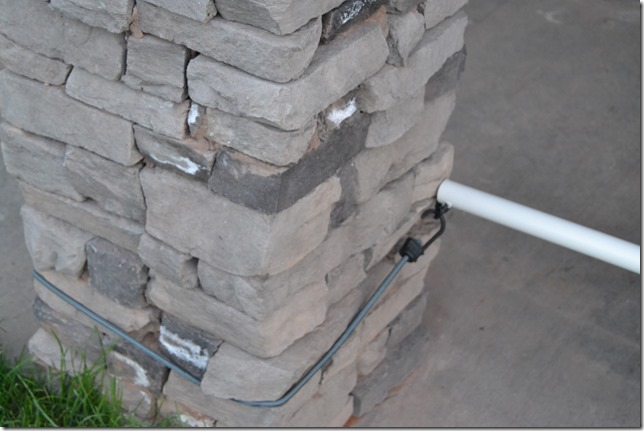 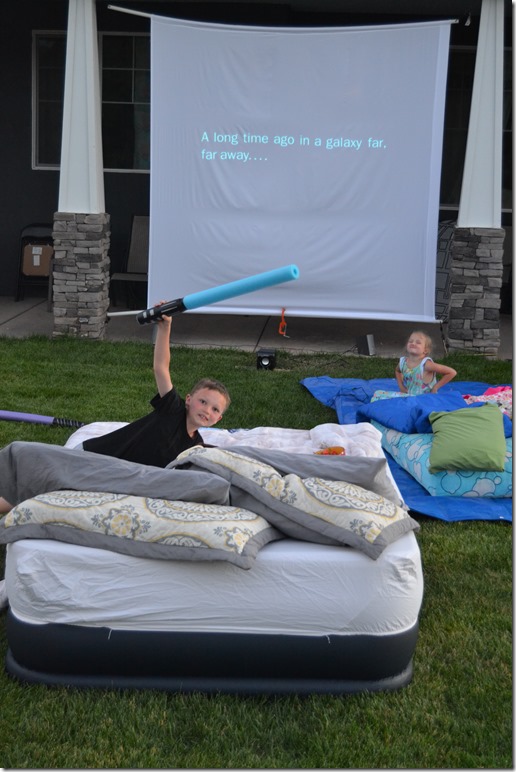