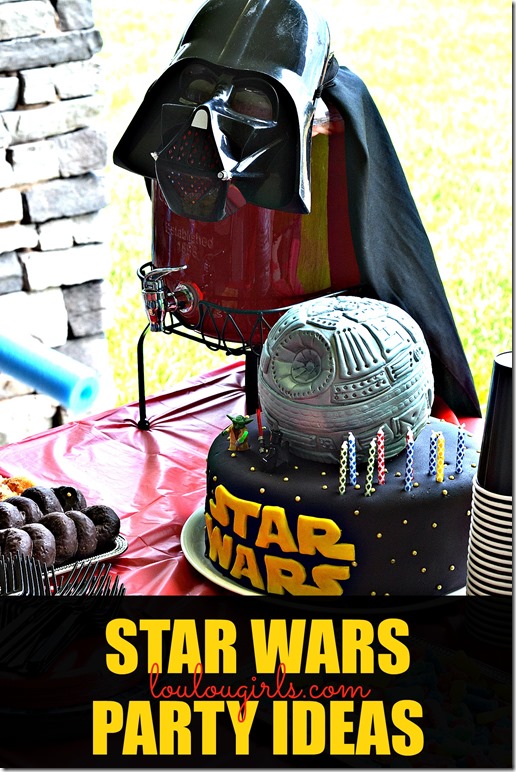 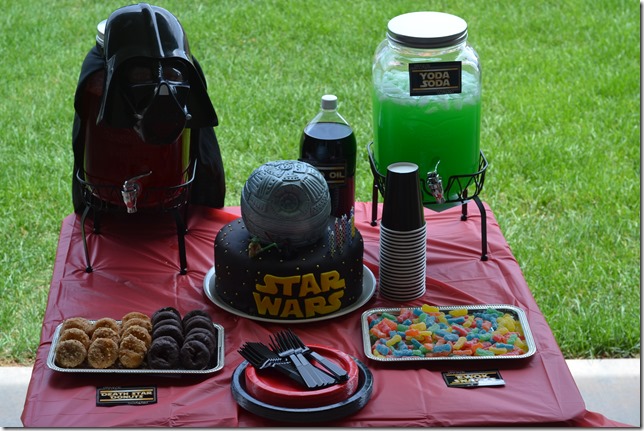 When my soon to be 9-year-old told me he wanted a Star Wars party for his birthday, I wanted it to be awesome. I am super pregnant though, and I knew I didn’t want to put too much effort into it. So I went to Pinterest and found these cool labels from Mummy Deals and had them printed off at my local Costco.

The labels were easy to cut out and attach to our treats. My birthday boy was very specific about what treats he wanted, so we only did drinks, donuts, Sour Patch Kids, cake and ice cream. He didn’t want his friends spending too much of their valuable time eating. 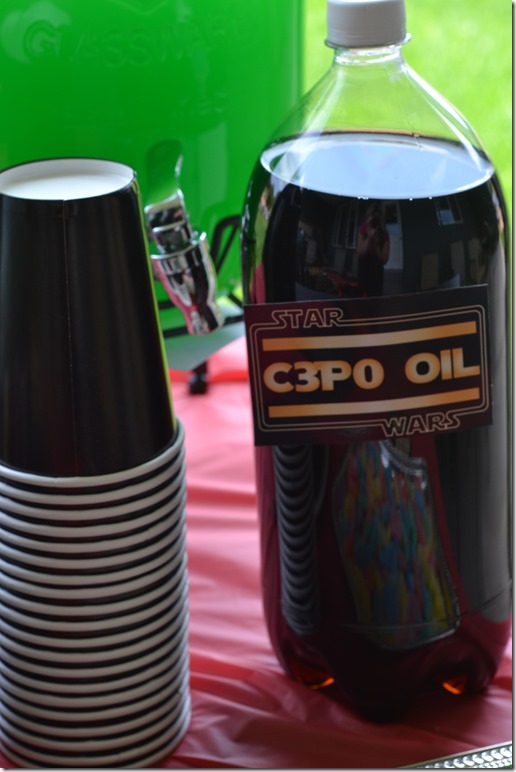 We put his Darth Vador mask and cape over the red Kool Aide to make Vador Aide. 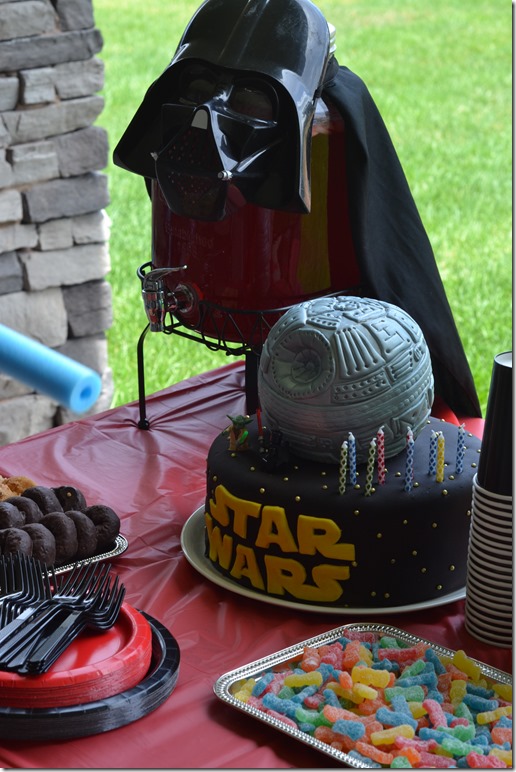 We cut pool noodles in half and wrapped them in silver duct tape and electrical tape on the bottoms to make light sabers for each guest. Then I used a silver sharpie to write their names on them as they came in. They loved their lightsaber battles. 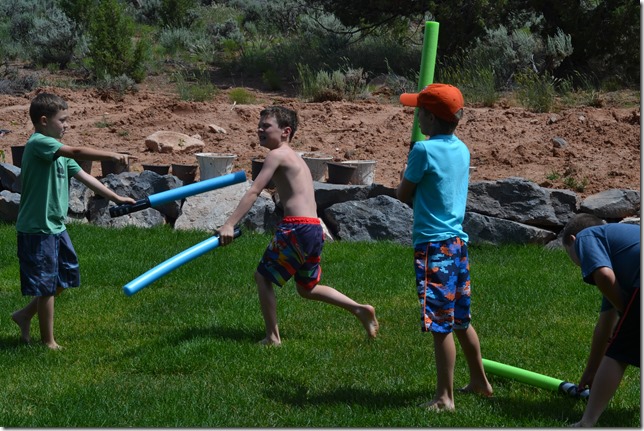 My hubby made him a HUGE Death Star out of mdf board so they could destroy the death star by throwing balls into the hole, as part of their Jedi Training. 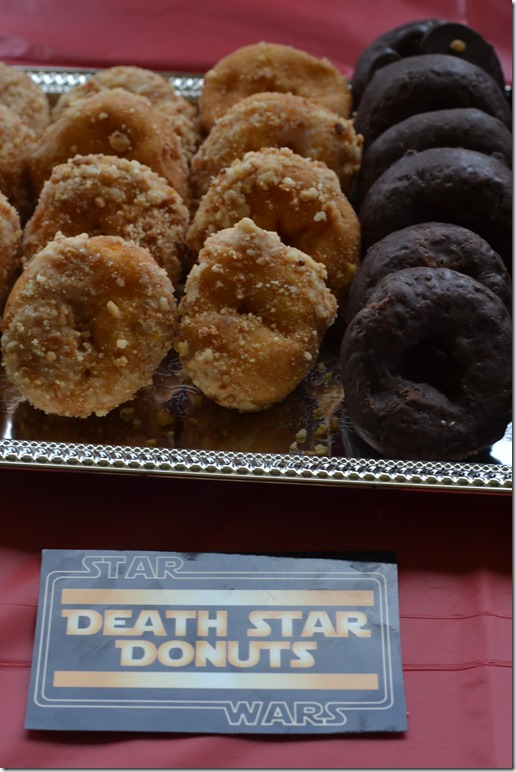 We made him this awesome Death Star cake that I showed you earlier this week. 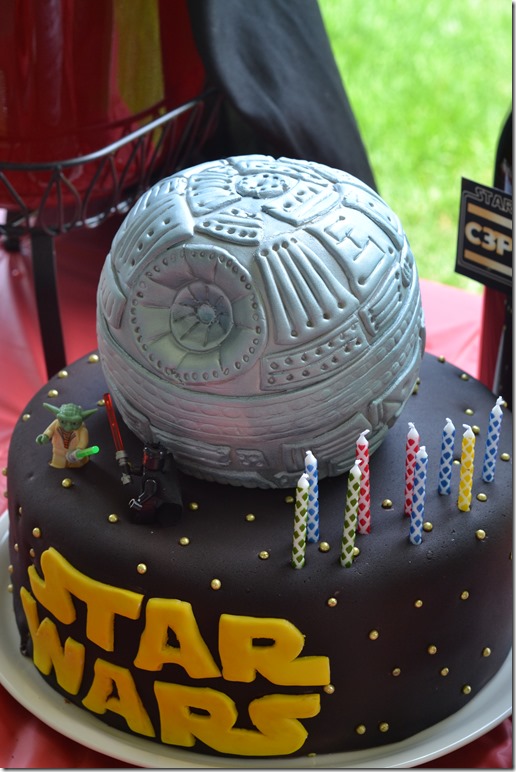 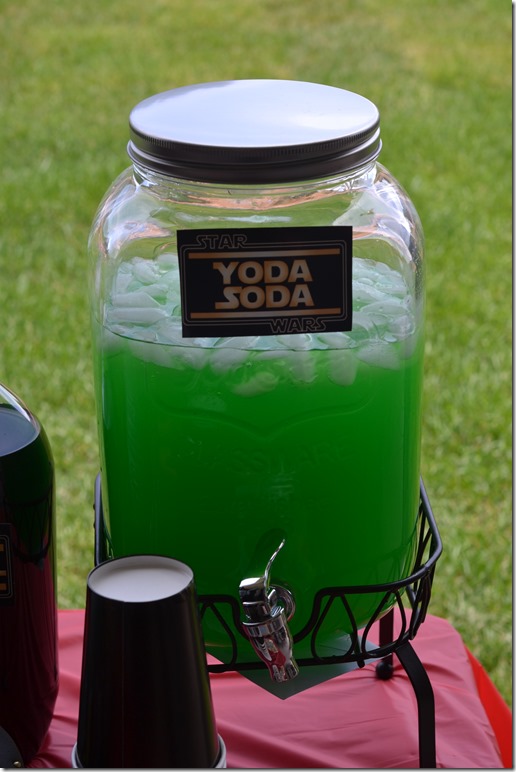 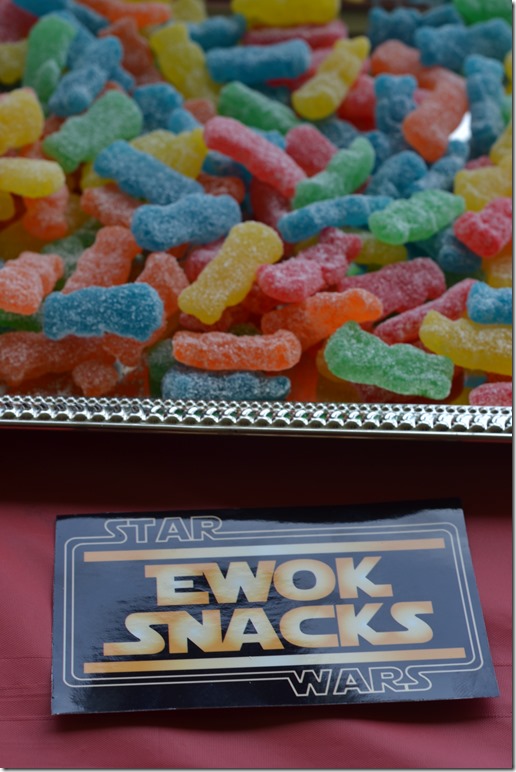 We bought a pool at the beginning of the summer and let the boys go crazy out there. At the end of the party, the boys did a treasure hunt for a Jedi Holocron. I’ll share the clues for the treasure hunt tomorrow.

It was a pretty low key party, but the kids seemed to love it. We couldn’t get them to go home when it was over. I’d call that a success!