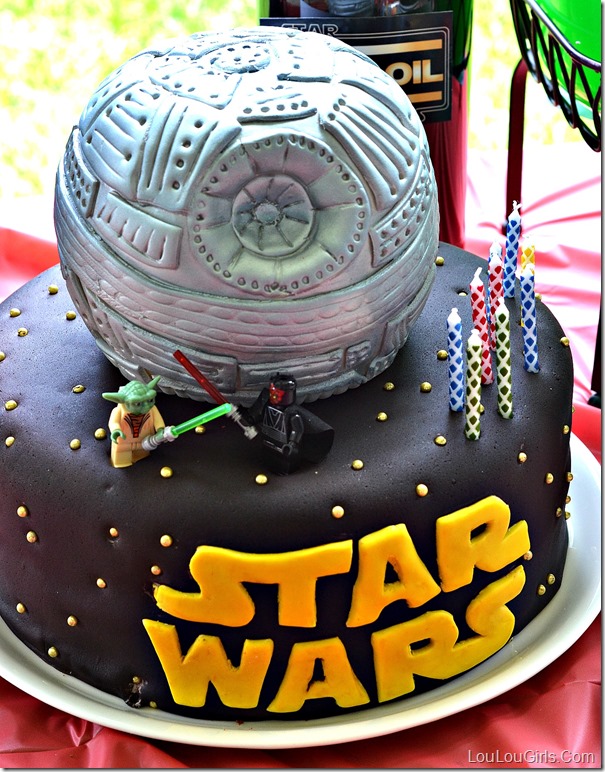 My oldest had his 9th birthday a couple of weeks ago. He is a Star Wars MANIAC! Which is funny, because neither of his parents knew anything about Star Wars until he introduced it to us last year.

For his birthday he really wanted a death star cake. I did my best and then my 5-year-old stuck her finger in it to taste test it before I got a picture, but that’s okay, it adds character. The Death Star is made of Rice Krispies Treats covered in fondant.

It’s so much easier than kneading it into the fondant, and most Wal Mart stores carry it in the cake decorating aisle. We printed the Star Wars label off on card stock, cut it out, placed it on top of fondant, and then used an Exacto knife to trace it. 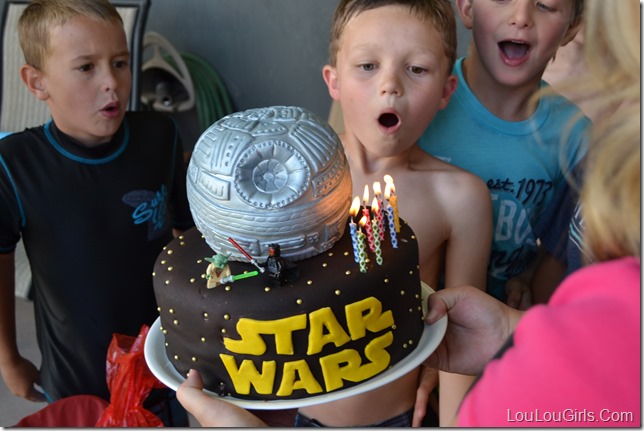 The characters are real Lego figures because that’s what the birthday boy wanted. Overall, it was actually a pretty easy cake to make. Here’s my favorite recipe for fondant if you want to give it a try!