Cinnamon Roll Pancake Recipe! I have to be honest. I’m not much of a pancake fan, but my kids and hubby LOVE their pancakes, so when my mother-in-law first made these for our family everyone was really excited. What’s better than two popular breakfast foods combined together right?!

I’m not sure where my mother-in-law got this recipe originally, but there are a lot of them floating around Pinterest like this one from Indulgy.com. We did some tweaking to the recipe she had and came up with some delicious pancakes. This recipe makes a BIG batch of pancakes. Enough for 10 people at least!

Cinnamon Filling
1 c. butter (softened, not melted!)
1 1/2 c. brown sugar
2 T. Cinnamon
1 T. of pancake batter
Soften the butter in the microwave for about 10 seconds, add brown sugar, cinnamon, and a tablespoon of the batter that you just made and set aside.

We learned a few things while we were trying to perfect this recipe. The first thing was to make sure that your pancakes are starting to bubble before adding the cinnamon roll filling. 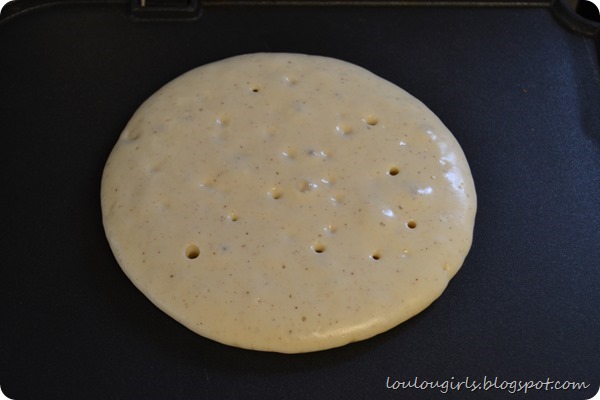 Next, adding that small tablespoon of butter to your filling, and NOT melting your butter really makes it a lot easier to handle the filling.

I used my Pampered Chef frosting tube to add the cinnamon filling to the pancakes. It will start to melt the butter right away but don’t panic, it’s hard to make these pancakes look pretty after you flip them. 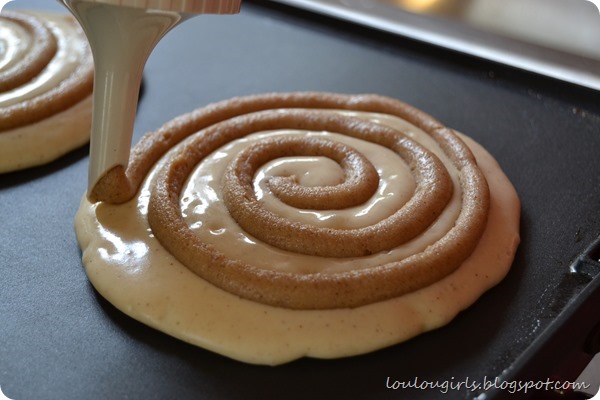 After you take them off the griddle they have a yummy caramelized swirl in the middle, just perfect for holding the cream cheese drizzle! 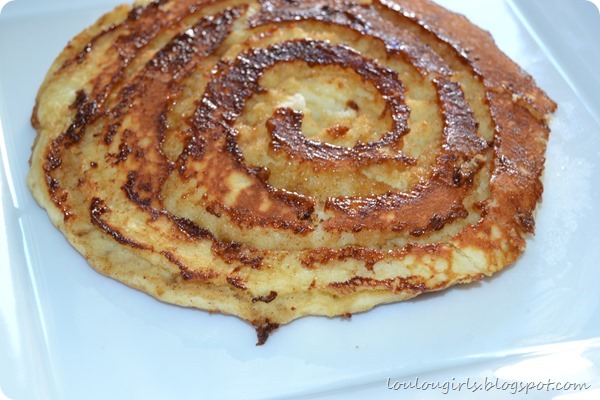 These are super yummy, but you definitely don’t need a huge stack. One is more than enough! Your family will LOVE them! 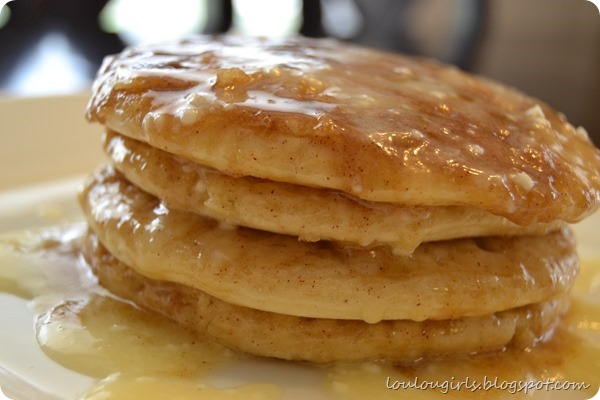 I hope you enjoy these! Come back tomorrow to see the fun Rainbow and Horse party I threw for my sweet Gracie Kay!