This is going to get crazy I hear with shortages for Christmas and so we have done all our Christmas Shopping and here is our List for 4 and 2 year old boys. We went “window” shopping over fall break to get ideas of what Grey would want for Christmas. Sawyer wanted basically everything Grey wanted, but we found a bunch of stuff for Sawyer too!

Here are some great ideas of what we were looking at for the boys. I have found a bunch of stuff on other websites and they helped me find stuff that I liked. Also, as we were shopping Greyson would say, “Santa wants to bring me that!” It was cracking me up! Here is our shopping list, good luck with your shopping! I don’t know about you, but Grey loves Hot Wheels, Cars, Dinosaurs, and Paw Patrol. In the past when we have gotten him character stuff or movie stuff he plays with it for a short amount of time but everyday, he plays with his cars. Hot Wheels mostly. Consistently, he plays and comes back to all things Hot Wheels. 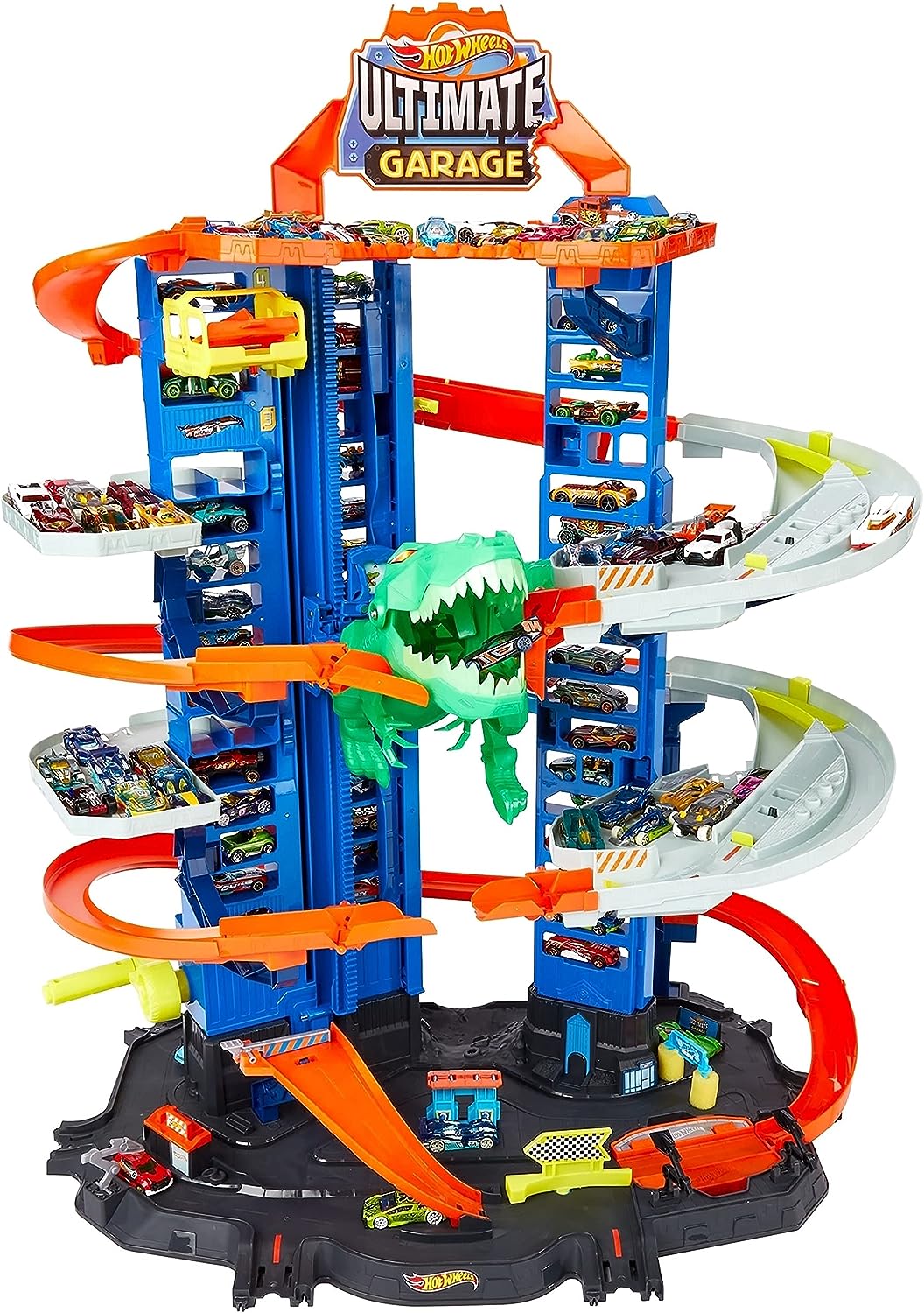 Hot Wheels City Robo T-Rex Ultimate Garage – We liked this because it had the dinosaur and a car wash which Grey has been obsessed with lately! You can save $15.99 right now! 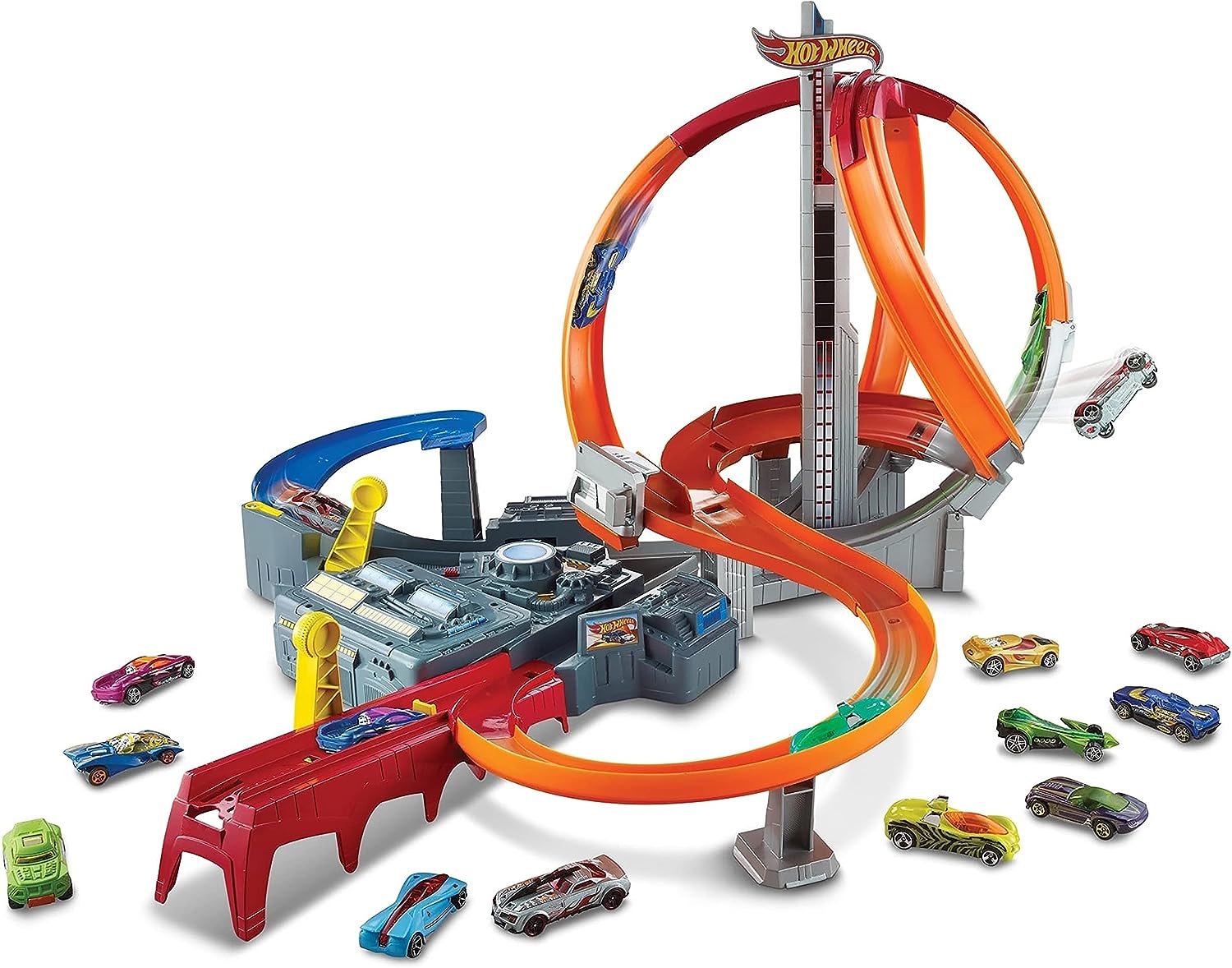 Hot Wheels Spin Storm Track Set – This has a motor which we liked because there are sets that have one that you hit and it propels the cars but Grey has a hard time with them. We love that this has motor so he can have fun on his own. 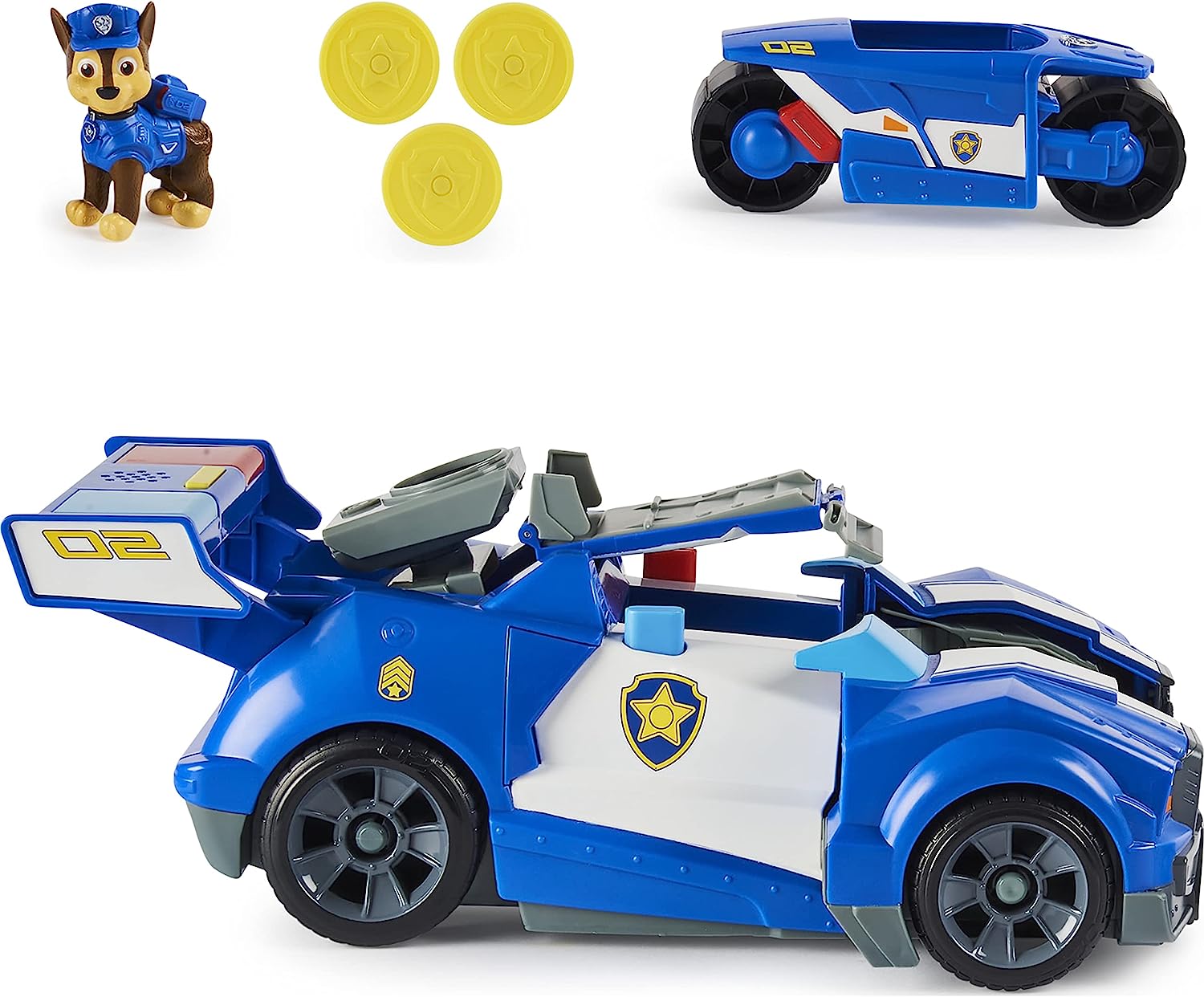 Paw Patrol, Chase 2-in-1 Transforming Movie City Cruiser Toy Car –  We did get him one car that he wanted because it’s a car and he always loves Chase. Also, we’ve maybe seen the Paw Patrol movie 300 times so he might play with it a bunch! We’ll see. 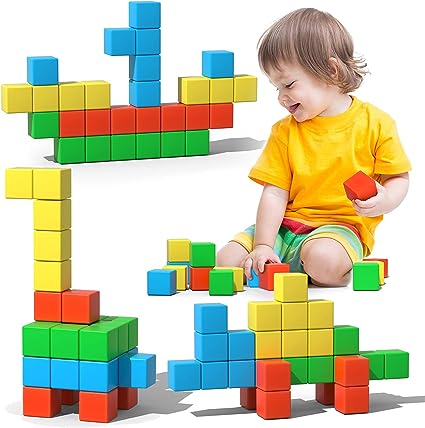 Magnetic Blocks – I love how all kids are different. I used to always by Grey blocks and he would line them up in a line but he would never stack them. Sawyer, finds said blocks and will stack and build with them non stop. We liked the fact that they were magnetic to help him stack higher without getting frustrated. 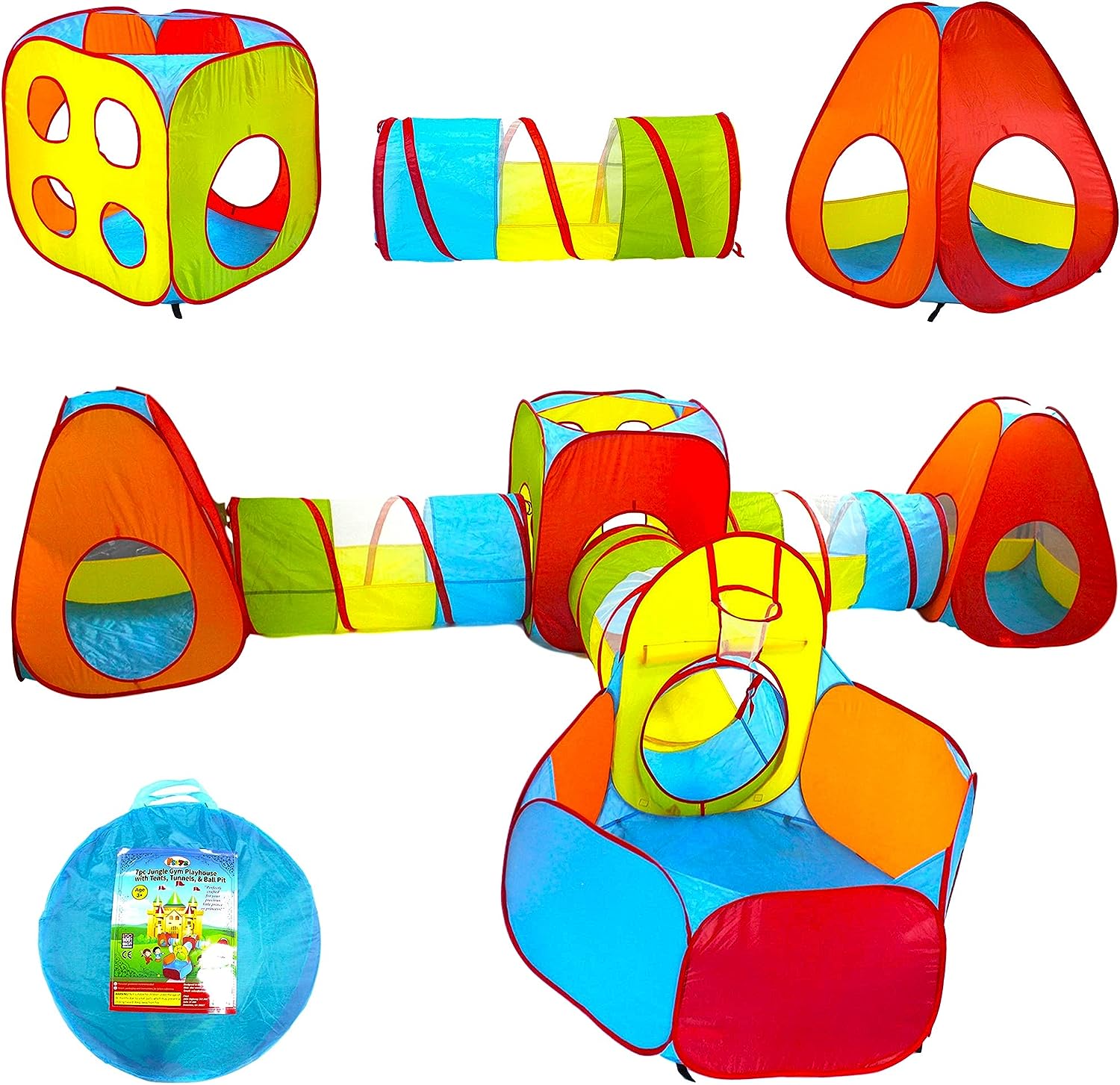 Playz Ball Pit, Play Tent and Tunnels for Kids – Sawyer loves to crawl, roll and hide. He loves all this this stuff and we have a bunch of ball pit balls that will go perfectly with this kit. Not to mention it folds up super small! 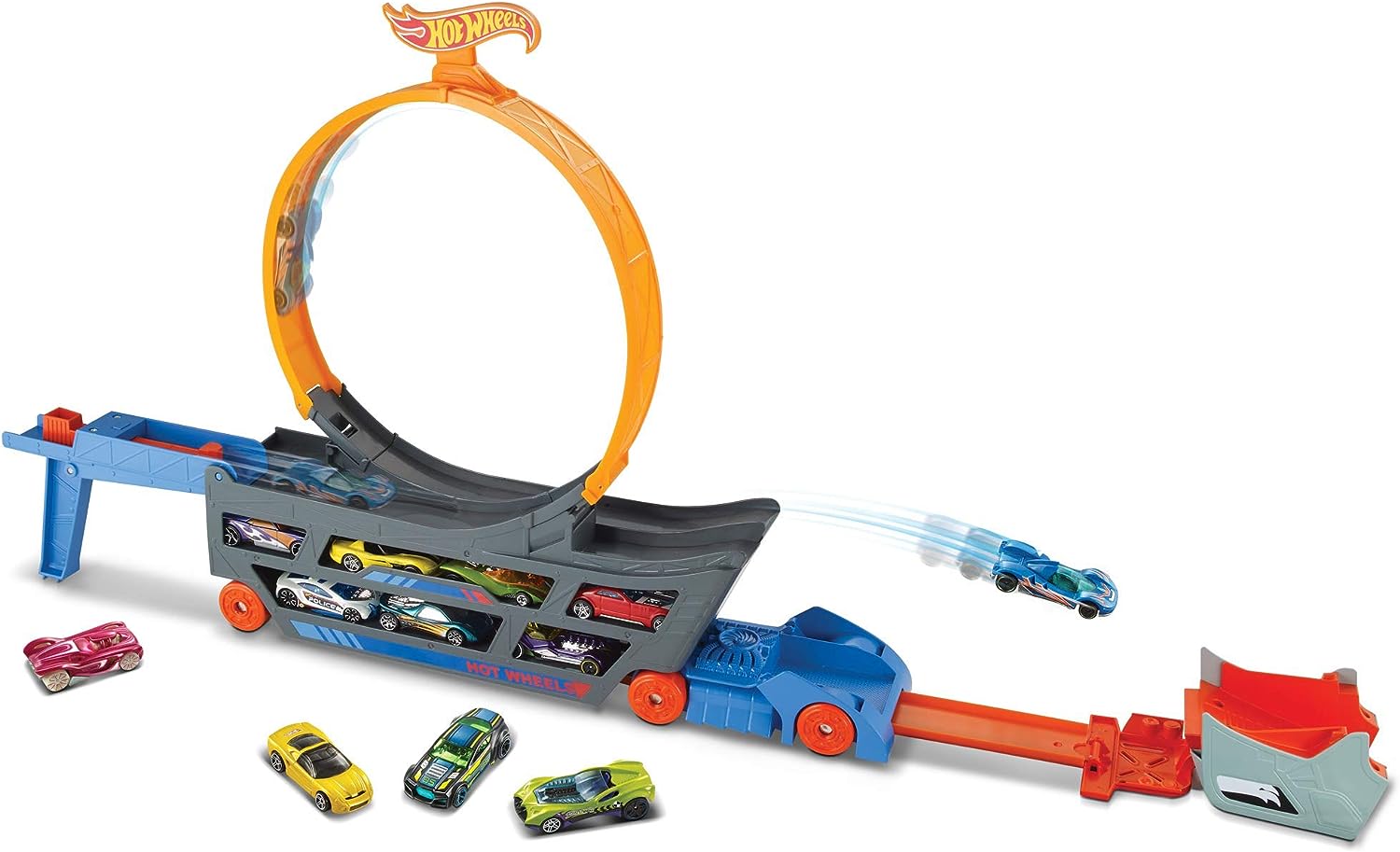 Hot Wheels Transporter Truck – Since Sawyer likes to do everything Grey does, we thought we’d get him a transporter truck for his cars. He steals Grey’s all the time and Grey gets frustrated. This way Sawyer will have his own to push around. 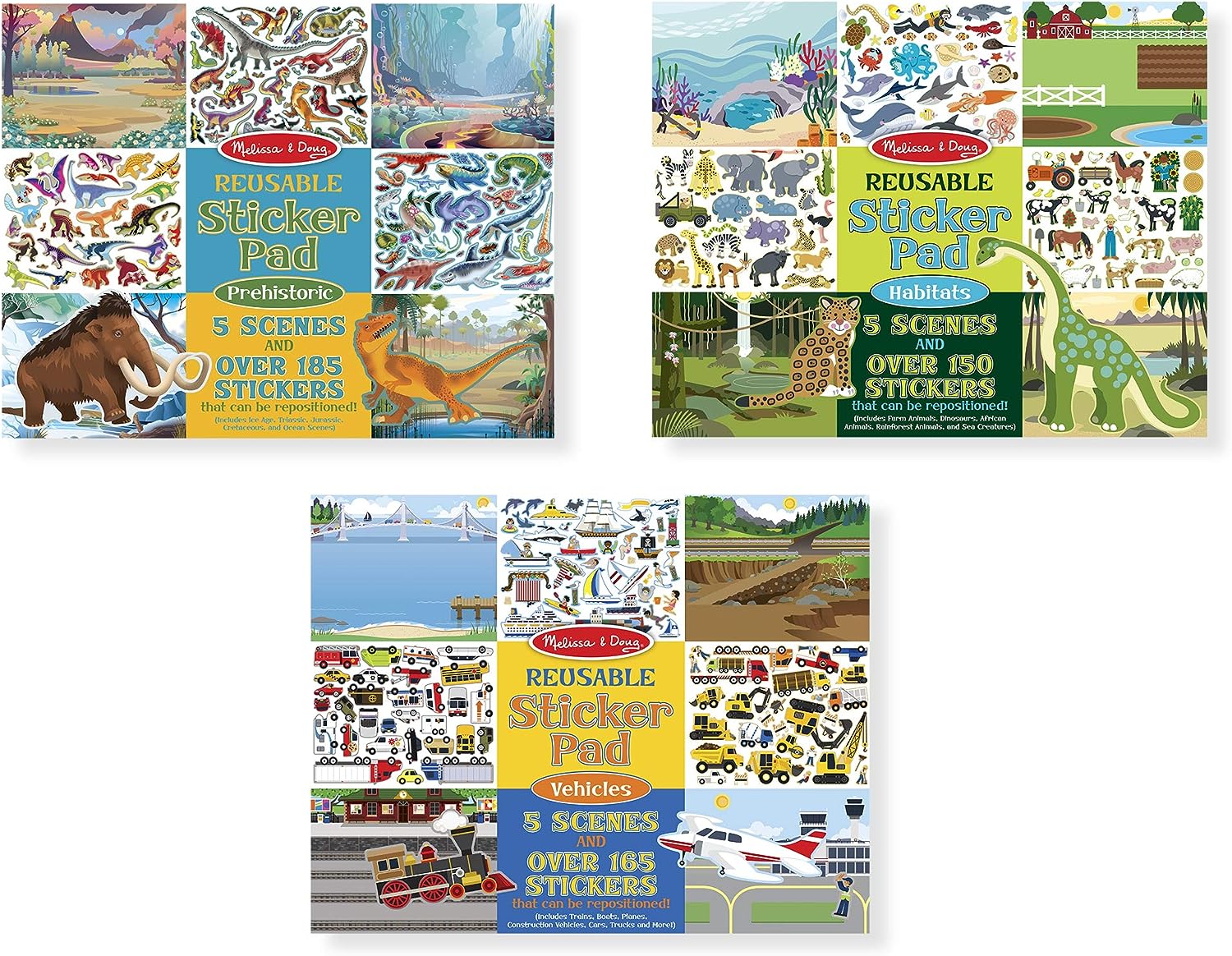 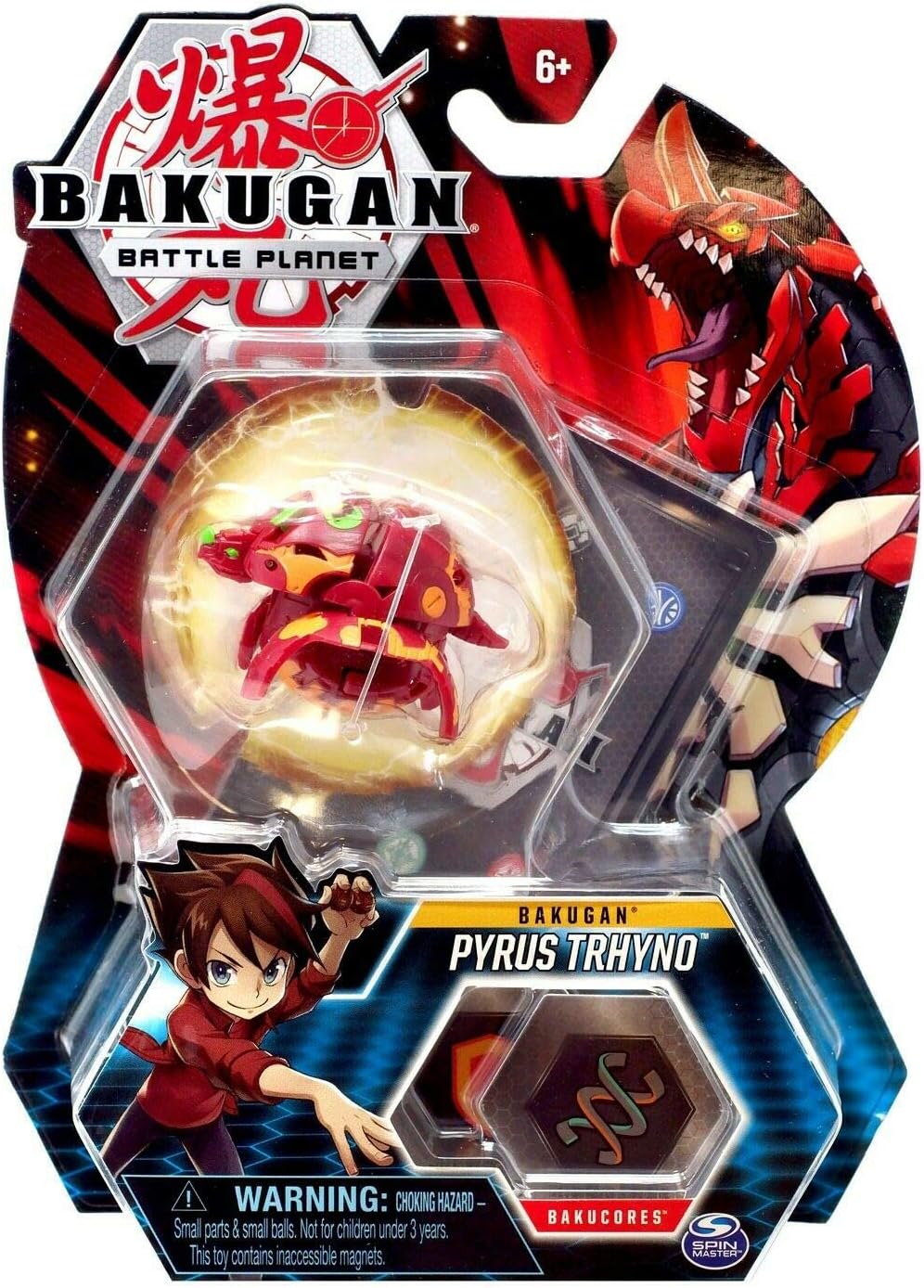