DIY Playhouse Part 1! We’ve been working on BIG projects around here. They are not for the faint of heart! This DIY Playhouse is no exception, especially since my hubby is basically winging it.

He’s awesome. And this DIY Playhouse is awesome too. It’s not done yet, but the kids are PUMPED! We’ve never had our own yard before, so the Playhouse is UBER exciting. 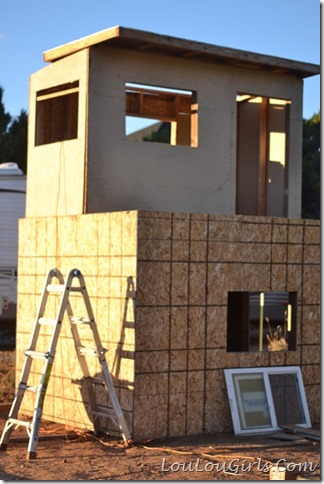 I’m just going to give you a little background info on this MASSIVE project. About 3 years ago, we lived in a tiny town home, with a small slab of concrete in the back. We were desperate to move, but alas, we did not have the funds. Since we had no garage, and bikes were rusting in the winter months, we decided to build a little shed.

The tiny house on the top is the shed that we built while we lived in the town home. We always planned on converting it to a playhouse when we moved, so we had a little window in it. But then we got some free windows from my brother-in-law and so we decided to add more! 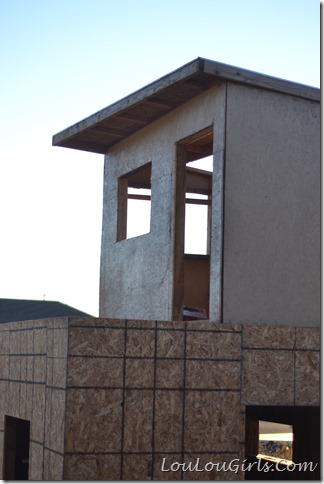 Now that we have 3 girls and only 1 boy, the kids decided the smaller playhouse would be the boys’ club and the bigger one on the bottom would be the girls’ club. My little guy is pretty excited about that! 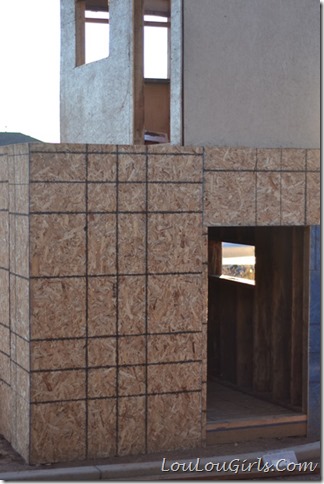 Well we didn’t stop there. My parents had recently torn down an old deck in their backyard, so they kindly gave us all the old railings and wood from that. I love it when I can repurpose something. It’s so gratifying!

We added the rails all around the top, and since we had so much leftover, the hubster decided to build a walkway across the top. 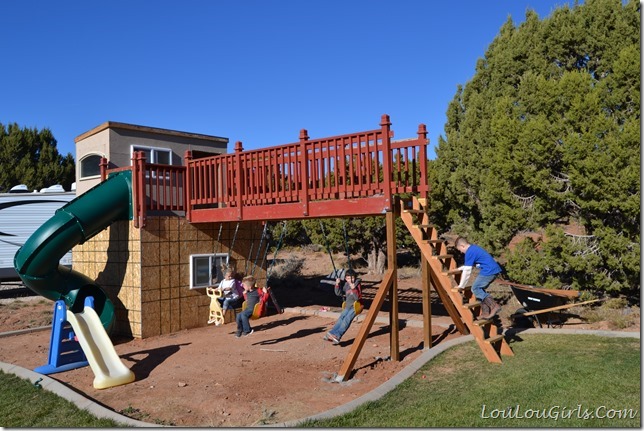 We found the swings on a Facebook yard sale page in our community for only $40. They came with a slide and a rock climbing wall, but we decided not to use those. So we’ll probably sell them and earn a little of that back. The turbo twisty slide is brand new, but also the priciest part of this project. We got ours on Amazon. 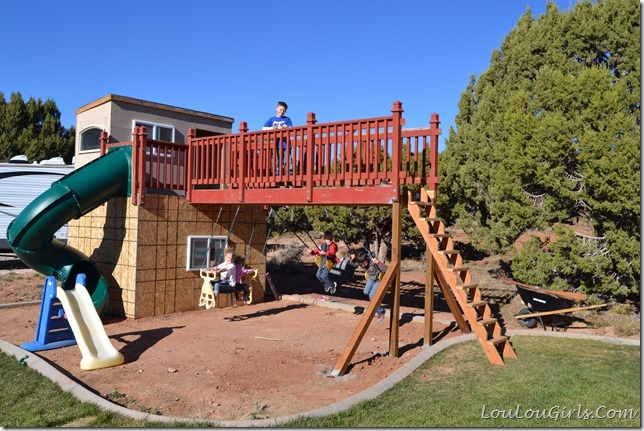 The railings are going to be most of the work. We still have to sand them down, and we’ll be using Deck Over by Behr to make it look brand new. We got our Deck Over at The Home Depot. 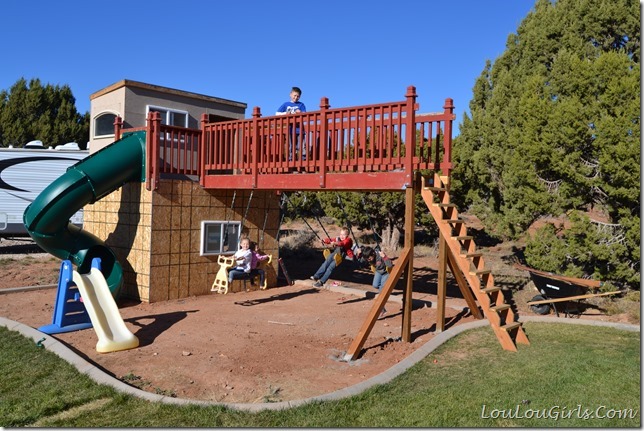 Since the playhouse is bigger than we planned, the ladder goes into the grass. If it ends up being a problem, we’ll just re-do the curbing. 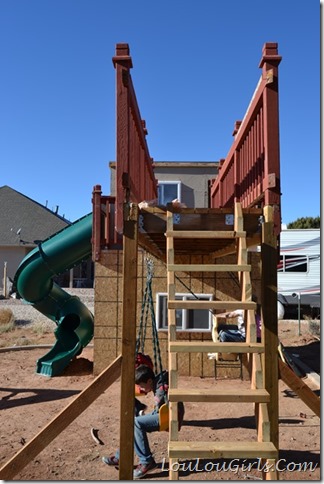 It might be few months, since it’s already snowing here, but I can’t wait to get it all finished! We’re going to put rock on the bottom and siding on the top, and I plan on making the insides look fabulous too!
Here are some of the products we used!