Last year, while we were building our new house, I started getting worried about all of the mice, snakes, and bugs that I was seeing in our neighborhood. We had big creepy crawly nasty bugs like tarantulas and Jerusalem Crickets (look them up on Google if you don’t know what I’m talking about) EW! There was even a mouse caught in our window well one day when we came to check on the progress of our house. I knew I couldn’t live my life in fear anymore…kidding…kind of. So I thought it would be a great idea to adopt a cat. A few weeks later, my kids and I headed to the local shelter and picked out the most fluffy and adorable cat the world has ever known, and we named him Whiskers. 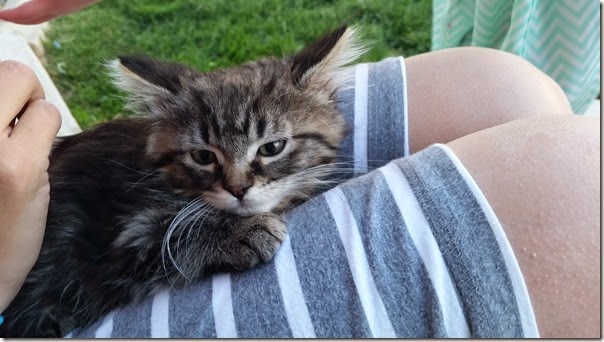 He was so sweet and docile, my neighbors actually thought something might be wrong with him, but there wasn’t and my kids were in heaven. Whiskers became their fast friend, and my youngest, Sophie, carried him everywhere she went, and he didn’t seem to mind at all. 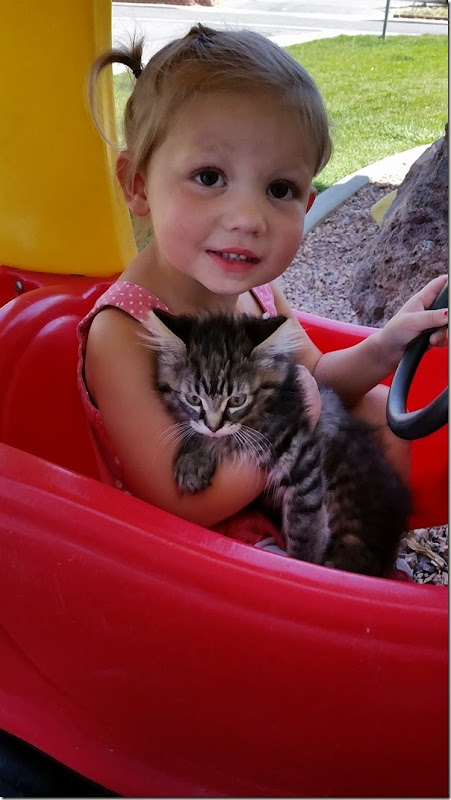 Fast forward about 8 months, Whiskers isn’t so tiny anymore and it turns out that he’s just a generally lazy and easy going cat. He’s the best cat in the world, in my opinion, because he just caught a mouse! And, I haven’t seen many creepy crawly things around since we brought him to the new house. Hallelujah! Just a side note- My hubby claims to hate cats, but he’s the one that double checks his water, and makes sure his outdoor home is heated and cozy for the cute little guy. Not to mention the fact that he was also thrilled to find that Whiskers had killed a mouse! YAY! Now I can justify spoiling Whiskers, which is exactly what we did this week. I was shopping in Target and they had a special in Store Mix & Match Offer: Buy any TWO (2) Fancy Feast® – 24 pack OR Litter Genie® Pail/Refill and get a free Cat Toy or Friskies party mix cat treat. Offer available 2/15/15 – 4/11/15 while supplies last. 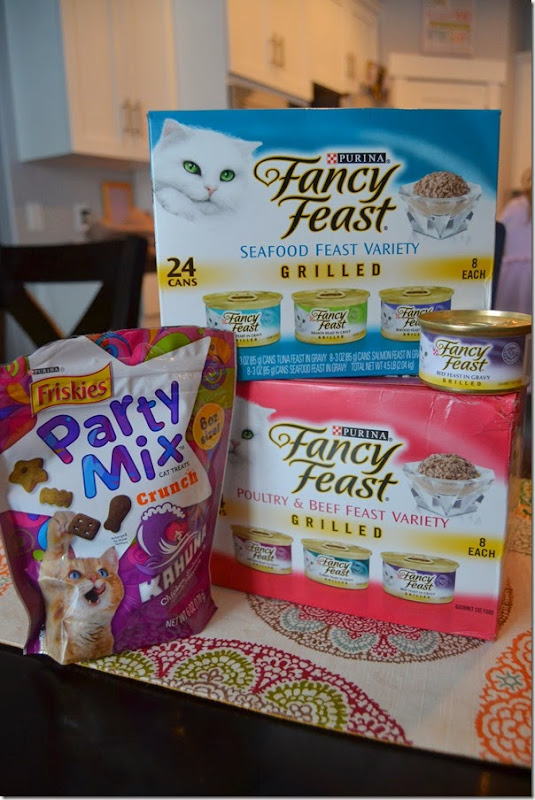 So, I went ahead and bought Whiskers two boxes of Fancy Feast® 24 pack and made sure to grab the free Friskies Party Mix cat treat too. Usually ,Whiskers just eats dry food, but catching a mouse calls for extra spoiling and extra gourmet food, if you ask me! And I feel good about feeding him food that is made with high-quality protein and  ingredients. 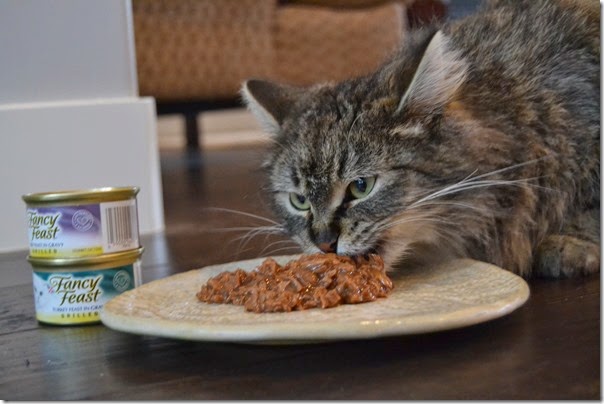 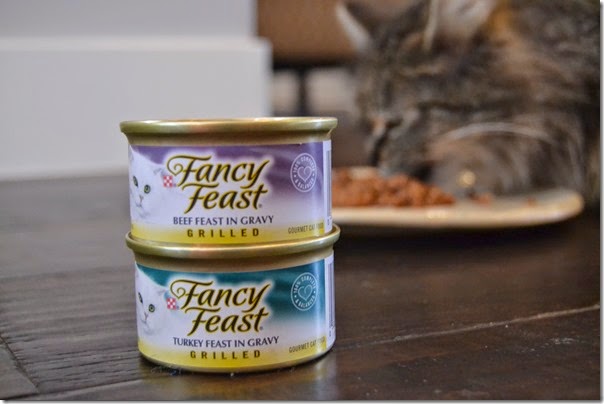 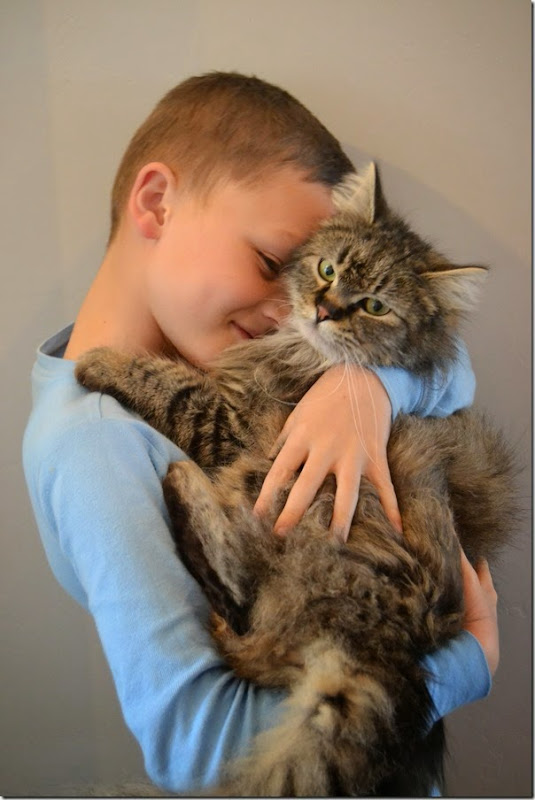 He’s still just the sweetest cat ever, and the kids can’t get enough of him! I’m pretty sure he loves being spoiled, even though he has a naturally grumpy cat face! 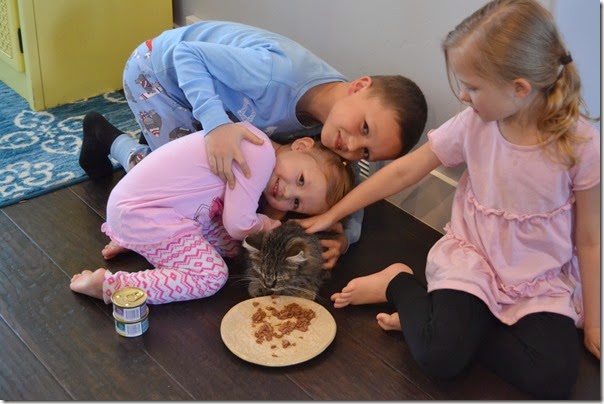 I now give you permission to spoil your cat too, especially if they just caught a mouse!! Jessica 🙂