Shark Party! Let me just start by saying I feel really bad for that poor little seal! That’s nature for you though! Kill or be killed! My little guy really wanted a SCARY shark cake for his birthday.

He specifically told me again and again that the shark HAD to be eating a seal…with blood. I felt a little guilty the whole time I was making it, wondering if I was either the best mother ever, or the worst. In the end, I was happy with it because he was ELATED when he saw it! 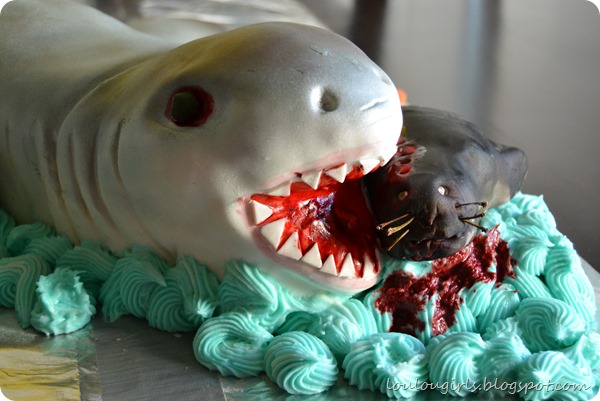 This party was really fun to throw. I got my creative juices flowin’ and I just wished I had time to do more! When you’re making a cake this elaborate for a party, there’s not a ton of time for much else! I will be doing a post tomorrow to show you how to make fondant for a cake like this. It’s really fun to work with and is almost like edible Play Doh!

The gift bags were easy to make they said “Thanks for Swimming BY!”  I filled the gift bags with gummy worms and Swedish Fish in those cute little bags from Party Land in St. George. They had a lot of different colors and designs. The bags were actually left-over from a baby shower I threw with my sister-in-law Brooke from All Things Thrifty, for our cousin Eryn, a few months ago. You can see our cute display for the Ready to POP shower here! 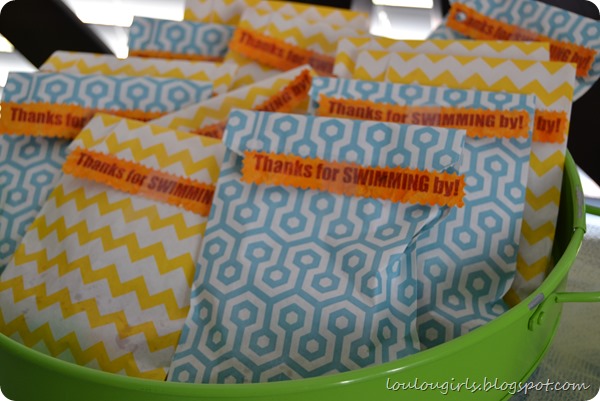 I used tissue paper for the table cloth because I had a huge board underneath the shark cake that was really ugly and I wanted to cover it up a little. I just taped the tissue paper down with clear tape around it and it worked perfectly. I used yellow tulle on top of the tissue paper to add some texture. I love the way it looked! 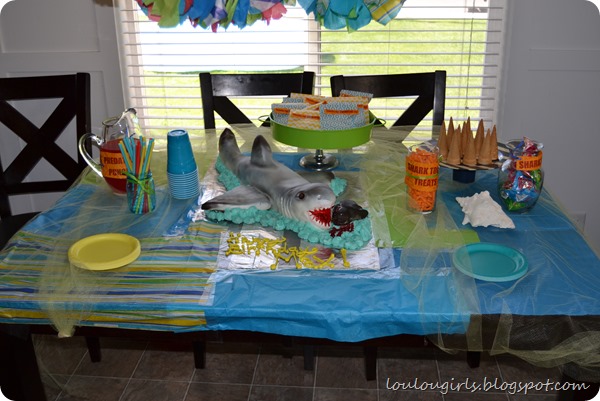 Max, my seven-year-old, is very creative and he came up with the ideas for the names of his treats. He loves Cheetos so we called them ‘Shark Tooth Treats’, and we called the Ring POP’s ‘Shark Bait’, because “What shark wouldn’t like a Ring POP?”
Finally, he named the punch ‘Predator Punch,’ because it looked like blood (I know, he sounds creepy, but he’s just a typical boy!) 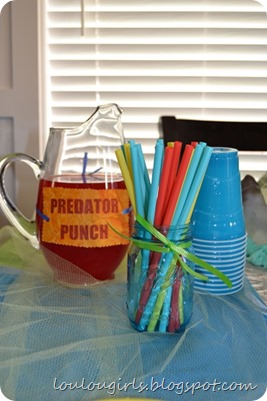 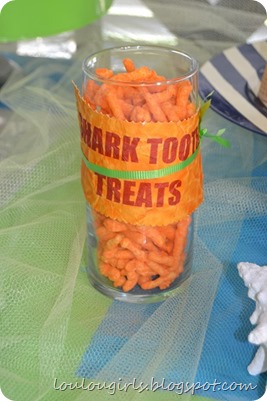 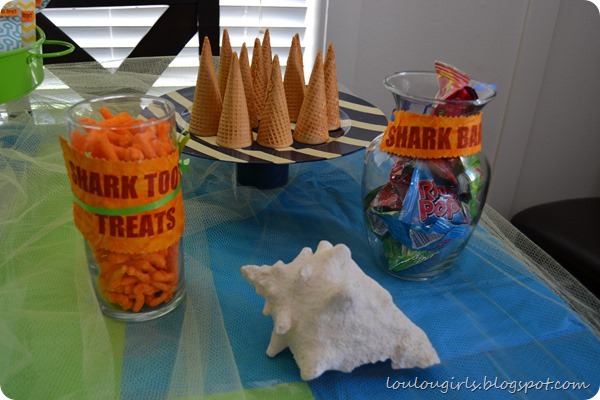 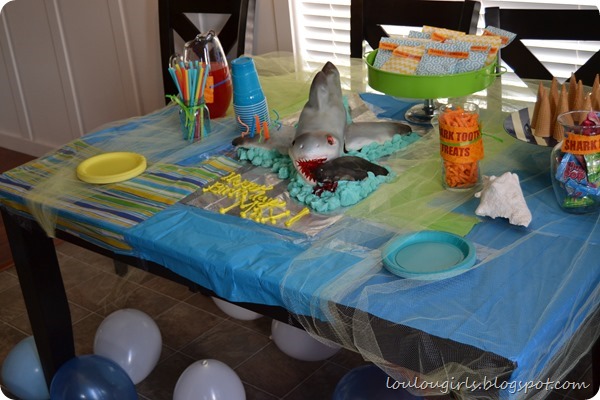 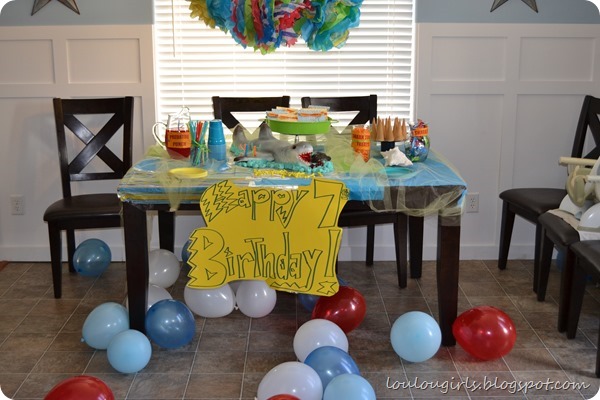 The kids LOVED the party! We played water balloon games outside and ate cake and ice cream! 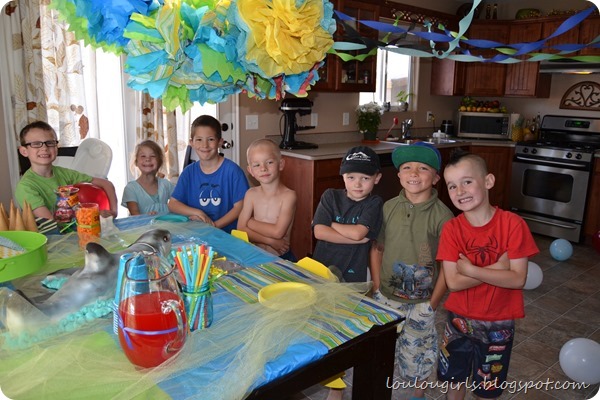 If you missed my post about our invitations you can click here to see what we made!
Thanks for stopping by! I’ll be showing you how I make fondant tomorrow, so come on back y’all, you hear? I’m strange… I already know!